The Lighting Control Innovation Award was created in 2011 as part of the Illuminating Engineering Society’s Illumination Awards program, which recognizes professionalism, ingenuity and originality in lighting design. LCA is proud to sponsor the Lighting Control Innovation Award, which recognizes projects that exemplify the effective use of lighting controls in nonresidential applications.

This month, we will explore an innovative installation of lighting controls at the renovated lobby at the W Hotel in Times Square, NYC. Design by BOLD, LLC. Photography by Michael Kleinberg. Screenshots by Jeff Shepherd. Additional image by Alex Staniloff. Lighting controls by e:cue.

This renovation of an iconic hotel lobby pulls inspiration from a neon cityscape at the height of the New Year’s Eve celebration. Two feature walls, flanking the reception desk and a disco ball-shaped DJ booth, compose a mega-scale, undulating art piece that intermittently display a countdown clock to the big moment. 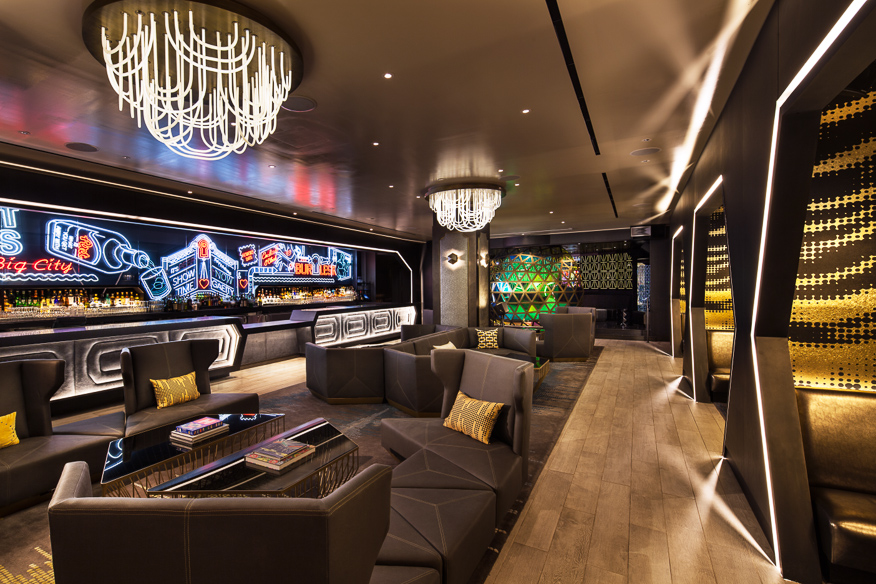 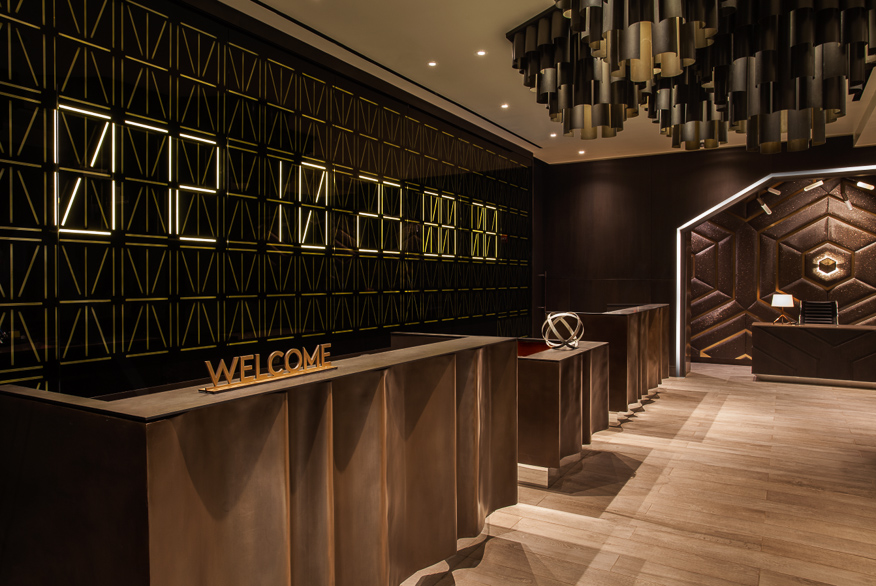 The unconventional use of linear accent LEDs as pixels required a creative controls solution. A DMX512 lighting server controls a large array of multi-output PWM drivers. The design team wrote custom code to develop a mathematically-derived patch. This allowed for automatic creation of the 10,000+ fixture groups required to develop the programming. 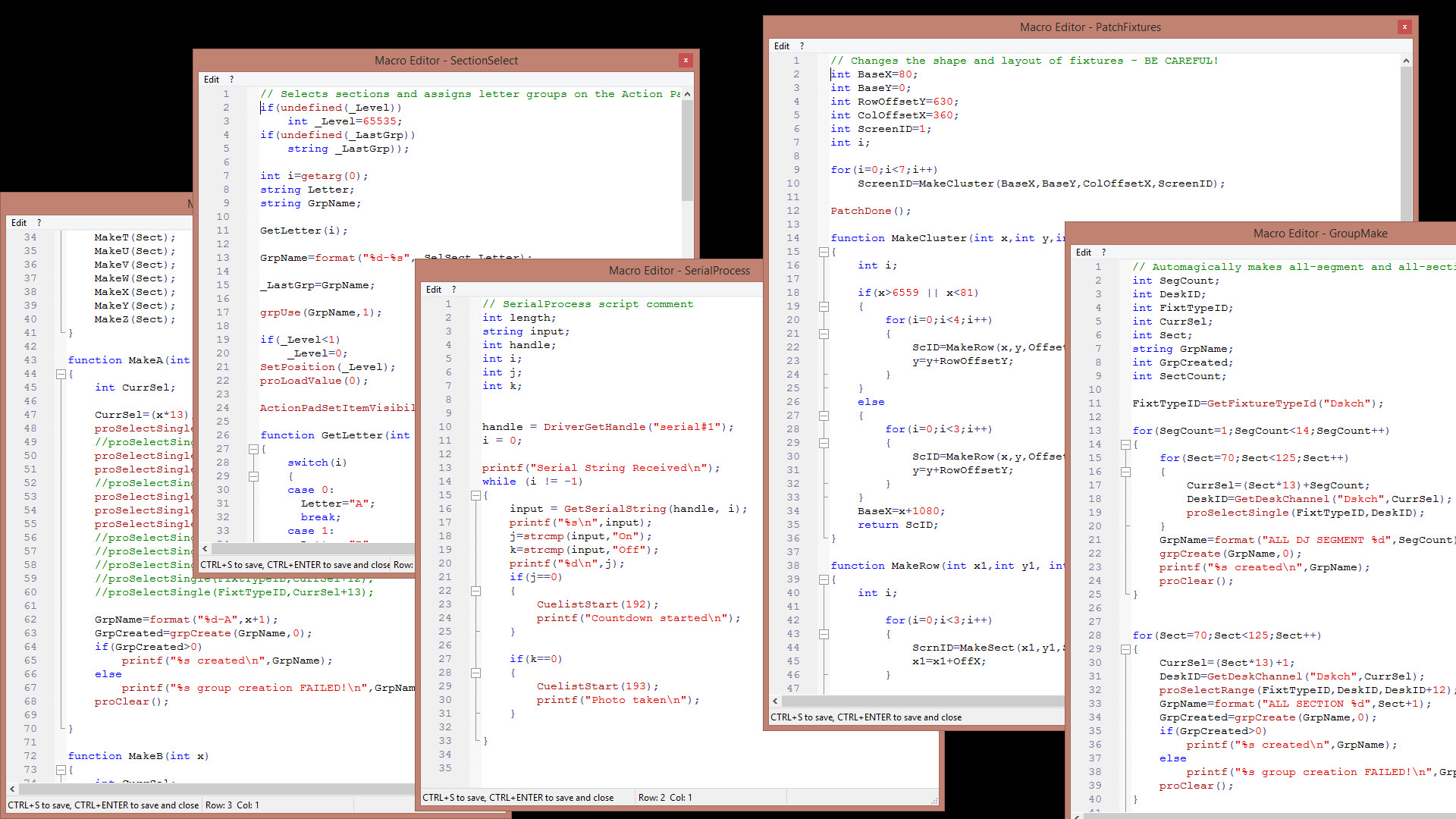 Despite the complex back-end, the programming is editable through a simple smartphone-capable user interface. 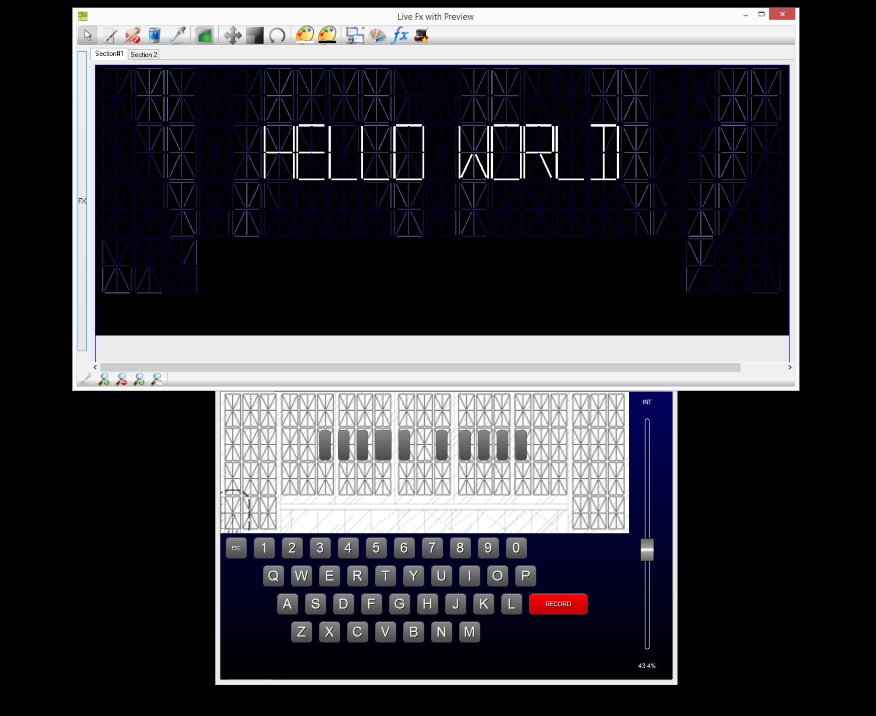 In the year’s final hours, the dynamism of the effects increases, culminating in a light display perfectly synchronized with the New Year’s Eve ball drop’s own show.

DJs play to a packed room every night. The curved LED wall behind them bumps to the beat and spins like a record while playing pre-programmed light patterns. The DJ can select from a pre-programmed series of light patterns or create a unique sequence on the fly via smartphone. 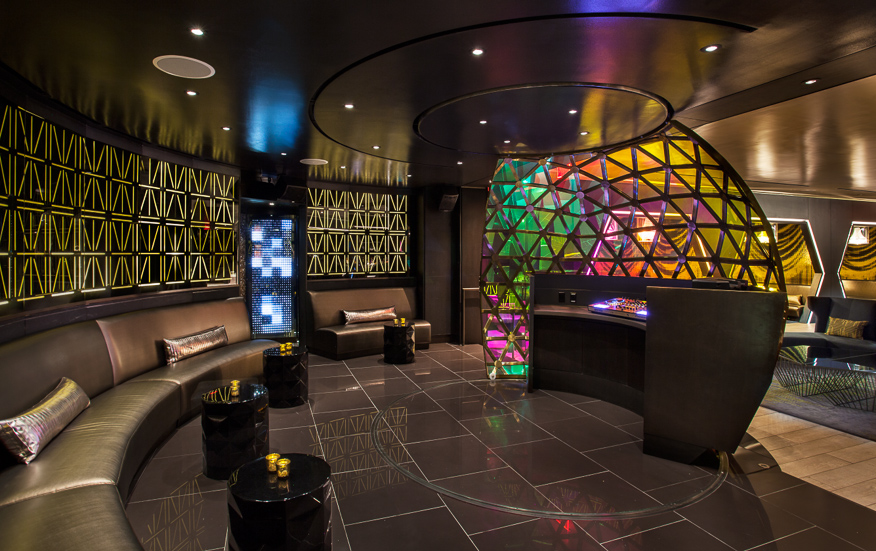 Light effects triggered by the photoboth ripple across the LED wall. 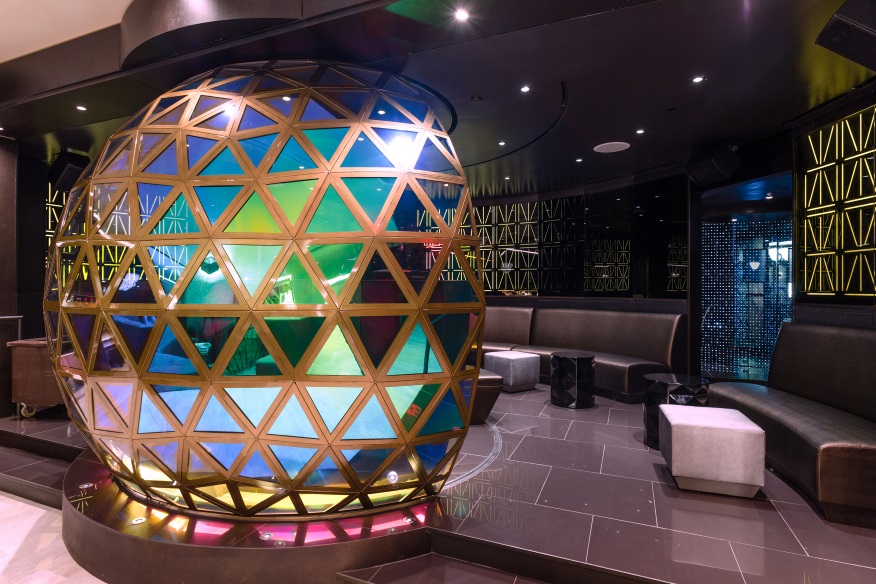 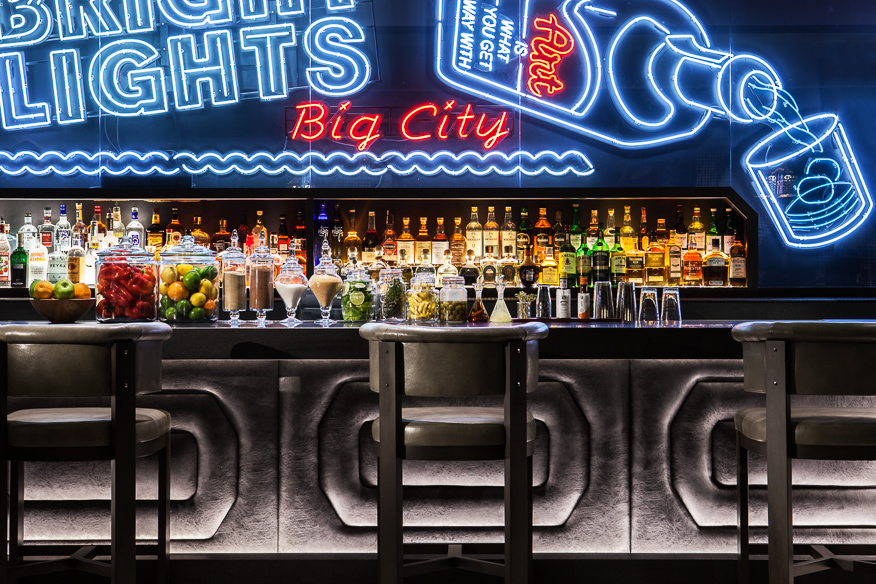 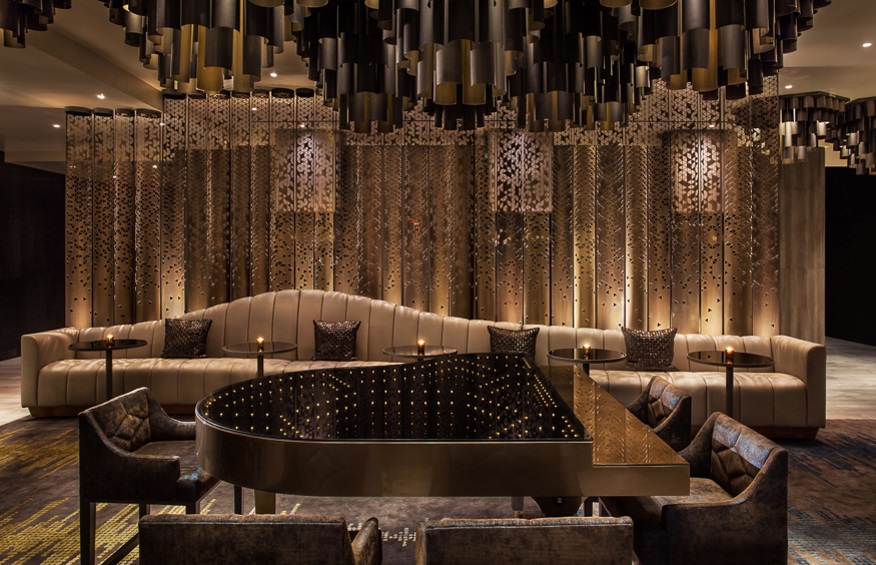